The Cast of HP

So I've only gotten around to watching/ reading HP like two years ago, and as such I've formed my opinions on the HP cast only recently. I've just rewatched OotP, which is one of my favorite movies in general. The even pacing give it an even more dreamlike quality than other HP movies, and I really like the aesthetics of this one.

But that's not the topic. What I thought about when I watched it was Dan's performance - may have to do with the fact that I always found him to be the least sympathetic of the trio.
In my mind, Harry is this traumatized kid who just about loses it when he learns that there is a hidden world where he is important, powerful and famous, and that delight never leaves him - that's what I took away from reading the books. With Dan, I never really see that sense of wonder. His 'unfazed-by-everything' look is probably one part of what has been described as his 'wooden acting'; it was kind of cute when he was a little child, but had lost its charm at about the time of the third movie.

While I like Emma's Hermione, I think had she been given more screen time, her emotional personality would have shone through too much, ruining the illusion.

Rupert of course is the perfect sidekick, no doubt. What he lacks though is the mischievous spark of a Weasley. He just radiates calm.


I think what the trio has delivered is a portrayal of thorough friendship, but the HP books have this sense of brokenness about them, and that never really translated into the movies. From the hinted at abuse of Harry to the obvious psychological connotations of the dementors to the existence of an alternate world behind what we can see and accept as reality, the things that add the real drama to HP don't really come through in the movies. And this of course includes the performance of the lead characters.

I thought Dan's acting was really good, and so was Ruperts, i do agree that he did lack some of that spark but i thought he was funny. I think Emma was really good in the first 3 but towards that end of the series i felt she overacted a bit.

Wah, the things I write when I'm tired


As for Dan, I think he should stay in the theatre business. They seem to like him there and I don't have to see him so we're fine.

When I watched HP-CoS the first times, I quickly recognised Moaning Myrtle's actress, Shirley Henderson, because I saw her in Bridget Johnes before.

I thought that I must be wrong, because Shirley Henderson was an adult, playing a kid (Moaning was around 14, no ?).

Well, Shirley Henderson played Moaning Myrtle in 2002 for the first time, when she was... 32 years old !

I must say, I can less and less handle Michael Gambon. He ******** Dumbledore's character.

I think Gambon did a good job in the movies, but I'm not sure what character he was playing. It certainly wasn't Dumbledore.

I think Gambon did a good job in the movies, but I'm not sure what character he was playing. It certainly wasn't Dumbledore.

I agree so much. 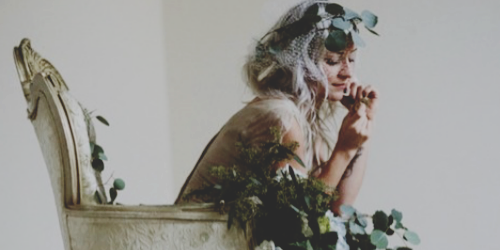 Yeah the first dumbledore was definitely the best. So calm, serene, everything was perfect. Then he died...... And Michael Gambon took over.

I think the trio actors were AMAZING. I admire them very much!