23 replies to this topic

This is a really fun game I actually play with my friends because we love movies. You have to find a connection with an actor/actress and Emma Watson within 6 people. For Example:

Geena Davis was in Beetlejuice with Winona Rider

Winona Rider was in Edward Scissorhands with Johnny Depp

). haha. Of course someone can always find a different/better way but hey it's all in good fun.

How about.... Tina Fey to Emma Watson

First person to connect gets to pick their own pair.

Tina Fey was in Baby Mama with Sigourney Weaver

Sigourney Weaver was in Heartbreakers with Jennifer Love Hewitt

Jennifer Love Hewitt was in The Tuxedo with Jason Issacs

Jason Issacs was in The Chumscrubber with Ralph Fiennes

Ralph Fiennes was in Harry Potter(4,5,6,7 one and two) with Emma Watson

Well since 6 degrees of separation states that everyone in the world is connected/separated by no more than 6 people Kristen Stewart to Emma Watson can be done through only one person.

Kristen Stewart was in Twilight, New Moon, Eclipse and soon to be Breaking Dawn with Robert Pattinson

Robert Pattinson was in Harry Potter and the Goblet of Fire with Emma Watson.

Blake will be in the Green Lantern which also stars Tim Robbins who was in Shawshank with Morgan Freeman who was in the Dark Knight with Gary Oldman who plays Sirius Black in the Harry Potter series.

This is such a fab game

Ok lets try...
Larry David to Emma
Larry David appeared in curb your Enthusiasm in which Wanda Sykes regularly appeared.
Whom starred in my super ex-girlfriend along side Uma Thurman
Who starred in Robin Hood (1991) along side Edward Fox
Who starred in the dresser along side Eileen Atkins
Who had a supporting role in Last chance Harvey which starred Emma Thompson
Who was married to Alan Rickman's character in Love Actually who has been in every Harry Potter movie with Emma

PHEW, that was hard but fun

NEXT: Whoopie Goldberg to Emma

Whoopie Goldberg was in Sister Act 1&2 with Maggie Smith

Maggie Smith was in all of the Harry Potter-films with Emma.


I love this game!

What about Eliza Dushku to Emma Watson?

What about Eliza Dushku to Emma Watson?


hmmm how about Sandra Bullock??

Sandra Bullock was in Hope Floats with Kathy Najimy

Kathy Najimy was in Rat Race with Whoopi Goldberg

Whoopi Goldberg was in Sister Act 1 & 2 with Maggie Smith

PHEW, that was hard but fun

NEXT: Whoopie Goldberg to Emma

Emma Thompson played Trelawney in the HP series, which stars Emma Watson, so that list can be even shorter. 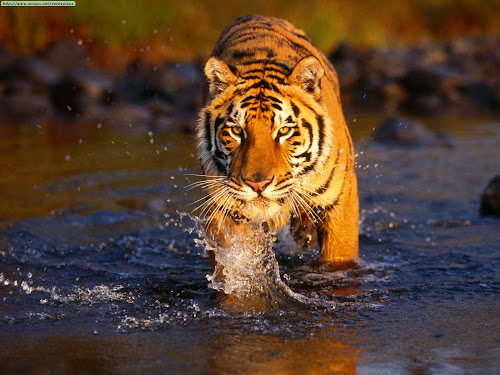 Sandra Bullock was in Hope Floats with Kathy Najimy

Kathy Najimy was in Rat Race with Whoopi Goldberg

Whoopi Goldberg was in Sister Act 1 & 2 with Maggie Smith

with Zoe Bell who worked with Chris Cooper in The Kingdom

Chris Cooper was in Remember Me

with Robert Pattinson
who was in GOF with Emma Watson.


How about Evan Rachel Wood?

Evan Rachel Wood was in Once & Again with Mischa Barton

Mischa Barton was in the OC with Adam Brody

Kirsten Stewart was in Twilight with Rob Pattinson

Rob Pattinson was in GoF with Emma Watson


Next: Kate Winslet to Emma Watson?

Evan Rachel Wood was in Once & Again with Mischa Barton

Mischa Barton was in the OC with Adam Brody

Kirsten Stewart was in Twilight with Rob Pattinson

Rob Pattinson was in GoF with Emma Watson


Next: Kate Winslet to Emma Watson?

Okay, Kate Winslet to Emma - I'm gonna try to go about this a different way.

Kate was in Revolutionary Road with Leonardo Dicaprio who was in The Departed with Jack Nicholson who was in Mars Attacks with Sarah Jessica Parker who is married to Matthew Broderick who was in The Tale of Despereaux with our lovely Miss Watson.


Try this one: Samuel L. Jackson to Emma Watson

Jackson was in Menace II Society with Jada Pinkett Smith

Jada was in Scream 2 with Selma Blair

While Selma Blair was in The Fog with Tom Welling

Steve Martin was with Kelvin Kline in Pink Panther

Shia was in [gag] Indiana Jones and the Kingdom of the Ridiculous Plot with Jim Broadbent who was in HBP.


Try this on for size:

Javier Bardem was in Eat Pray Love with Julia Roberts.

Julia Roberts was in Valentine's Day with Anne Hathaway.

Anne Hathaway was in Alice in Wonderland with Alan Rickman.

How about... Chloe Moretz to Emma Watson?

[quote name='nics :)How about... Chloe Moretz to Emma Watson?
[/quote]

She was in 500 Days of Summer with Zooey Deschanel who was in The Hitchhiker's Guide to the Galaxy with Warwick Davis/Bill Nighy/Alan Rickman who have been in or will be in Harry Potter.

Zach Galifianakis was in True Calling with Eliza Dushku

Eliza Dushku was in Nobel Son with Alan Rickman

Alan Rickman was in all the HP movies with Miss. Watson

Betty White is the flavor of the past several months and has been stunt cast on just about every show so I assume she will be in Deathly Hallows.


Seriously though, Betty guested on 30 Rock with Tina Fey who was in Mean Girls with Lacy Chabert who was in Lost in Space with Gary Oldman who has been in several of the HP movies with Emma.