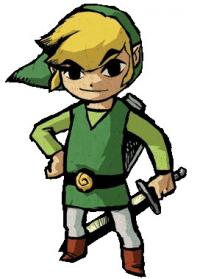 I broke out the old PS2 and my games and I started playing these ones again. I realize how much fun I have with them. I'm not a  fan of Final Fantasy or anything like that, but these games are different. On paper it seems like a really weird idea, but once you play it for yourself it's like a wild nostalgic kick in the teeth.

I'd like to see Atlantica, Wonderland, the Hundred Acre Wood, the Pride Lands, and Beast's Castle again in KH3.

New worlds I'd like to see would be Sleeping Beauty, Lilo and Stitch, Tangled, Sword in the Stone, Emperor's New Groove, Treasure Planet, and something from the Marvel universe (since Disney owns them now). I'd also be interested in seeing some stuff from the Pixar films.

No more Pirates of the Caribbean or Tron... for some reason I just can't stand playing those worlds at all.

What kind of film/role would you like to see Emma in?

I figured this would be a good place to ask such a question. What kind of films/roles would you like to see Emma take on in the future? I was going to put a poll here, but there's just too many options. So instead, tell me what you'd like to see and explain why. Don't just say "I'd like to see her in a Sword-and-Sandal flick" and leave it at that. Try to explain why if you can.

Hey guys, what's up?
Call me Vibes... or Jules (most people do). I'm a chick from Canada that currently attends the university of undecided

I'm on a gap year. I'm working part-time (wish it was full-time), so I have a lot of spare time. And in that spare time I have started to reignite my appreciation for Emma as an actress. It's safe to say that I've had a "girl crush" on her for over ten years. Quite a while ago a friend told me to watch Perks, so I rented it a few weeks ago and I must say it's definitely one of the best movies I've seen in a while. I intend to buy it on blu-ray, and I'm also looking forward to watching the Bling Ring.

My other interests include writing, reading, stand-up comedy, film-making, really long walks and video games. I also used to play electric guitar. Because I have so much spare time, I'm thinking about picking it back up. I don't know if I remember anything at all though.

So, before this starts sounding like an eharmony profile, here I am. Love me!