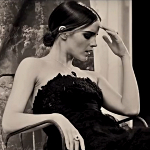 And the Story I refer to was printed in one of the greatest german newspapers. So.... sorry, this film is a pure flop.

Could you give me a link to this story? I'd like to see with my own eyes if it's really as bad as you desribe it. I only read articles from Suddeutsche Zeitung and there was hardly anything negative there.

I think the backstage video is much more beautiful than the photos. Every single frame would make a breathtaking picture.

"Film" magazine from Poland wrote "Colonia" was very good and rated it 8/10. It was on Twitter, though, so I'm waiting for a full review.

As I said I don't like listening to reviews- I have seen plenty of movies over the years where reviews were positive and I hated the movies or vice versa. Reviews are nice and all, but I go by one review- mine

I agree. There are plenty of films that got bad reviews, yet I liked them. However, if reviews are bad, I doubt a film is released in the US and it would be a shame if "Colonia" wasn't distributed in the US, wouldn't it? I hope we'll get more positive reviews from Zurich.

Love this photoshoot, especially pictures with Alejandro! They look so cute hugging each other. This time, I don't mind the styling. Those jeans are really cool. I would wear them myself (if I had enough money to buy them in the first place). Constance Jablonski is one of my favourite models, but I wish Emma were on the main cover.

Not sure why they barely used any dialogue. Kind of messes with the pacing.

Maybe because of "all the flat dialogue".

More reviews: http://www.screendai...5093094.article http://vanityfair.co...=social_twitter "Film" magazine from Poland wrote "Colonia" was very good and rated it 8/10. It was on Twitter, though, so I'm waiting for a full review.

As for the trailer - Emma looks awesome and so does Daniel. It might be a bit messy and there seem to be too much running, but I'm pretty sure I'll enjoy the film. I can't wait to see it.