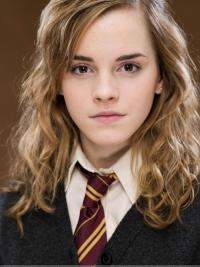 In Topic: Emma by Roberto

In her speech, Watson talked about how she became a feminist, and how uncomplicated the decision was for her. She began to question the assumptions people made about gender when she was only eight years old! After being appointed as the UN Women Goodwill Ambassador for the last six months, Watson said she has realized that fighting for women’s rights has too often become synonymous with man-hating, and that the myth about the meaning of Feminism needs to be put to rest.
For the record, feminism by definition is: “The belief that men and women should have equal rights and opportunities. It is the theory of the political, economic and social equality of the sexes.”
She went on to say that no country in the world can yet say they have achieved gender equality. It’s hard for me to believe that this is still true in 2014!
Though Watson joked that we must all be wondering why this Harry Potter girl is giving a speech at the UN, her words convinced us of how much she cares about this issue. I can’t imagine there was a single person in that room with me who wasn’t inspired to get involved. Watson reminded us that we can all make a difference, quoting English statesman Edmund Burke with: “All that is needed for the forces of evil to triumph is for enough good men and women to do nothing.” She also left us with her own powerful words:
“In my moments of doubt I’ve told myself firmly—if not me, who, if not now, when?
https://www.youtube....h?v=5w6QifqjMNc